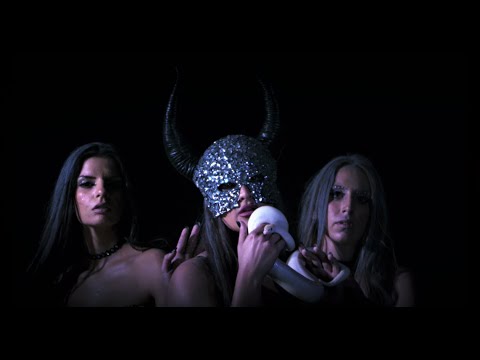 ANDRY LAGIOU is a versatile artist, she started music when she was 9 years old singing all alone. At 13 she performed on stage with various musicians. Now she is a member of Mike LePond’s Silent Assasins.The album has been released on January 26 th from Frontiers Records.

In September of 2017 she joined The Voice of Greece where and it was really a blast show that more than 1.500.000 saw the videos on youtube of the auditions ,and not to mention the 5 huge countries on live tv. Andry played with many famous musicians in Greece such as Christofors Krokidis and Thanasis Tsaouselis and did covers with well known youtubers.

The Harps is her main project and arrangment.

THE HARPS was founded by the band’s lead singer, Andry Lagiou, in Athens, Greece, somewhere in 2012, when they started performing mainly her own compositions and arrangements. ”LOVE STRIKES DOVES” could be described as being hard rock driven, featuring ear-catching guitar riffs, bringing along some of Andry’s classical music influences, making that way the perfect marriage, between notes of an ancient time, and the sounds of today.

Harps’ debut album is openly referred to those who can stand tall, becoming a “Wireflame”, to face the difficulties of a “Lovecirlce”.Those who can think under a “Bloody Sun” making themselves “Immortal Soldiers”, as they’re thickening up their skin, whilst they are so “Vulnerably in Love”.

In 2014 She got to know better the bassist of Symphony X Mike Lepond.Mike asked her if she needed a bassist her answer was yes.In 2019 still with Mike on the Bass she formed the band with Corvin Bahn (Uli John Roth) on Keys, Stephen Platt on the Guitar and Mike Exeter (Black Sabbath, Judas Priest, Dio) on the mix. Next album is called ”SKIES” and promo track is already uploaded on youtube.

VOCALS ANDRY LAGIOU THE HARPS / THE VOICE OF GREECE