Last month, i had the honor and privilege to chat with and interview Jukka Pelkonen, the vocalist of the melodic death metal giants, Omnium Gatherum.

We got to talk about the band’s success over the years, their collaboration with Dan Swano, upcoming tours and how their music in general has evolved over the years. Most importantly, i got to ask him about Omnium Gatherum’s latest release, ‘Grey Heavens’.

Thank you for taking the time out of your busy tour schedule to have a sit down with me, for this interview.

It is quite alright.

You’re currently touring Russia If I’m not wrong, and it’s back to the U.S this November. How does it feel to be touring with Dark Tranquillity, Swallow the Sun, Sonata Arctica and the rest soon?

Yes we are. And after this yes, we are going to the U.S. It is really cool to go there again and meet all our friends and colleagues also. It is always a super time on the road.

Your 2011, full length album ‘New World Shadows’, is one of my favorite melodeath albums of all time, and it truly made an impact on the melodeath scene as a whole; in your opinion, how has the release of NWS affected the band as a whole? Would you change anything that went into making the album, if given the chance?

Thank you. Has it already been 5 years since that album..? Cheez how the time flies. It is really difficult to say how that one album has affected the group. I can say this much. It was one of the defining albums that set our style in a place where it kind of still is. Of course since then we have released two more albums which have also affected the style. Still ‘NWS’ set a standard for our metal and to date we try to improve our music partially comparing the new material to that before mentioned standard. Yet the fact is, it is one album amongst many so for us at least it can not define the whole scene of our music. I would not change anything on the album. It clearly shows the mind set of theta era with OG and that is the thing one must be proud of.

The new Omnium Gatherum album, ‘Grey Heavens’ came out earlier this year. How has the critical reception been? Can you give us an insight into the album’s title and theme?

The reception with ‘Grey Heavens’ has been really good. The reviews have been mostly praising and we really think we again pushed our musical boundaries further. Our listeners have also enjoyed ‘Grey Heavens’. touring after the release has been awesome and a lot of people have shown up to the shows and enjoyed the music. We wanted to make this album a bit more aggressive that the previous two. So it is still very melodic as OG should be but there is a hint of danger in it too. The Metal Hammer magazine in germany has said ‘Grey Heavens’ as one of their most favorite albums this year when they asked their readers for a list of the favorite ones. On that list the album is still after 8 months of it’s release. About the the title and theme. One of the concepts of ‘Grey Heavens’ is all about changing sensations and the restlessness they bring about. The feel of altering things such as love, hate, frustration, joy etc. How does one continue to exist and cope with these things. Why is it that they keep on coming as surprises for most in the course of our existence. What it is like to be within this whirlwind and how to be able to understand that the thing is not to struggle or  slay anything but rather become master of one’s domain in a sense. In the title this reflects as ‘Grey Heavens’. The color grey of course bee-ing in between black and white. This represents the control which is in the middle. One artistic representation on the album is the eye which sees all of this process in the inner and outer existence. 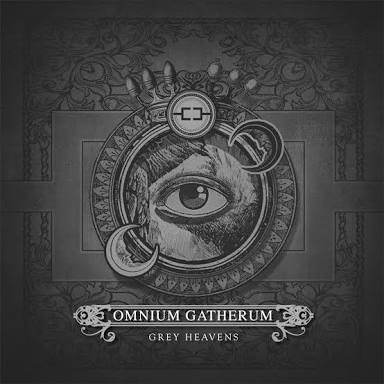 You guys have worked with Dan Swano, several times in the past. What’s it like working with, Dan?

Yes we have. It is easy and productive to work with Dan. He such a pro and the fact we have been working together for 4 albums now speaks for itself. The albums we have made with Dan speak for themselves. He’s got ears for us and we got ears for Dan so the dialogue when he is mixing the album in process is smooth. This helps both parties understand what is needed in some particular song or part etc. I really recommend Dan because he is a professional and it can be heard.

You lot have toured the world and experienced different cultures, any cool stories you’d like to share?

Well every place is unique and we do have a lot of stories to remember. It is hard to tell one specific story that tops the others. One amusing story is from Hong Kong. We played in a place that was on top of a car repairing shop. That was really exotic and strange. Also one time in Serbia we played in a venue that was a music hall at night and a gun club in daytime. Weird and fun..!

What would you say have been the 3 most important turning points in the band’s career?

The most important thing is when we started touring the world and were not limited to Finland only. Other important thing is that we have always been able to make the “tough” decisions concerning the future of the group whether it was about line-up changes or some other crucial thing. And of course an important thing is also our chemistry between our minds and the music we make.

Omnium Gatherum has had a few lineup changes and has bounced back and forth between record labels over the years, how has all that affected the band’s music?

Yes these things have happened. I’m not sure how has it affected our music or has it. When this kind of bigger thing happens within a group (a line up change for instance) it really measures the individuals within the group and how they cope with the change. Than coping is the key to the fact of whether or not it affects the artform. OG is a strong group and it takes more that a line up change or a label change to end this thing. 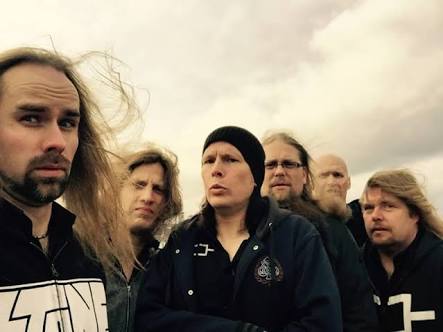 3 bands/artists you want to collaborate with in the future and why.

I really don’t know. Sorry. All artist we have worked with in the past have had their pros and cons. I think this will be the case in the future too.

I’ve come across several people saying that, melodic death metal is a dying subgenre. That there aren’t many new bands coming to the fore in the scene. They are of the opinion that, it’s the old school bands that are keeping the subgenre alive. What are your thoughts on this?

I think it’s the lack of information and the overflowing of information. There are new bands in DM-scene but I think most of them “disappear” because of the quantity of bands in general. It is true that a part the older bands do keep the flame burning but the real reason for my opinion is the fact that there are so many groups nowadays.

What have you been jamming to lately? Any particular albums that have taken a spot on your playlist.

That brings me to my last question. What’s next for Omnium Gatherum? Where does the road lead to here on out?

Thank you for taking the time to do this interview, for the MHF magazine. Anything you’d like to say to the readers before you sign off?